How could Brexit change the way that you go on holiday?

A summer of political uncertainty lies ahead. How does it all affect the lives of the British? Are you supposed to continue as normal until told otherwise or do you plan for all outcomes? One thing for sure is that we all deserve an unforgettable holiday in the sun, with Majorca emerging as one of the most attractive options in close proximity to the UK. So you may be asking whether it is safe to book after hearing some of the potential effects of a no-deal Brexit or leaving the EU with a deal. We are here to put your mind at rest so that you can still embark on that unbeatable family holiday to the Mediterranean. 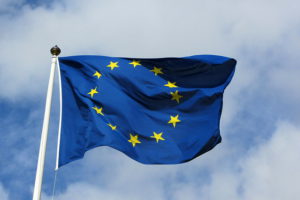 In the last few weeks, the UK was obliged to take part in the European elections which has raised more uncertainty to an already perplexing situation. The emergence of the Brexit Party and uprising of the Lib Dems and Green Party has left the UK split on how we should proceed with exiting the European Union after what has been a disorientating few months under Theresa May’s control. So what does it all mean in the bigger picture? Not much has changed since we wrote about the possible effects of Brexit to your holidays before the turn of the year, but here at Gran Isla we thought we would update you on how either outcome could affect your holidays so you can enjoy your holidays without a worry in the world.

The 31st October & the Transition Period

The date to remember. Not just because of Halloween nor the date that some of our Gran Isla hotels close. The final date that the UK has to agree a deal to leave the European Union. Until this period in time or until a deal is announced by the UK government, nothing is going to change. So for this summer season with Gran Isla Hotels you can rest assured of a perfect holiday in the sun… for now. With the current deal that was agreed by Prime Minister May, a transition period would take place, with nothing changing for a further year and a bit, until 2021, whilst further negotiations took place. The forming of a new government raises uncertainty on whether a completely new deal and here at Gran Isla, we have looked into what could be about to change.

Whilst holidaymakers from Britain can currently enjoy a number of privileges with some of the EU regulations, we have highlighted a few that could be subject to change in the near future:

During the transition period if a deal is agreed, UK nationals with the card will still be covered by the scheme including pre-existing medical conditions, as well as emergencies, whilst further medical assurances are negotiated in this timeframe. The result of a no deal could mean your card becomes invalid and holidaymakers would have to seek medical insurance to ensure safe travels.

Visa-free travel within the EU countries.

European Commission has said UK holidaymakers won’t need a visa even if there’s no deal, providing that the UK offers a similar system to EU nationals. It will give the British public 90 days to travel around Europe freely without having to return to the UK. Without a deal you may have to comply to certain regulations such as showing your return trip plans and sufficiency to finance yourself throughout your holiday.

Whilst it has been over a year that Europeans have enjoyed free data roaming whilst on their holidays within the continent, it is unsure whether phone companies in the UK will have to follow the EU regulations in allowing Brits to stay connected abroad. At all of our hotels in Santa Ponsa and Palmanova, we have free Wi-Fi, so that you don’t have to worry about your internet connection whilst at our accommodation.

The flexible rate allows you to prepay for your holiday so that you are guaranteed to know where you stand at the point of booking your accommodation. If the uncertainty turns out to affect the UK to the extent that travelling to Spain is no longer an option for you, then you can still cancel your trip and receive a full refund up to 30 days before you arrive.

So for now, you can book the 2019 holiday you deserve. Until the government announce if a deal has been agreed before the 31st October deadline, then your holidays to Majorca remain unchanged and you can enjoy all of the benefits of previous years, as well as the advantages of staying at our hotels in the Southwest of Majorca. You can book your unforgettable family holiday today on the official website of Gran Isla at the best price online guaranteed.

Everything you need for a completely relaxing holiday with Gran Isla Hotels.

How could Brexit change the way that you go on holiday?
Rate this post
Brexit, European Union, Family Holidays in Majorca, Gran Isla Hotels, Holidays in 2019, Majorca, Politics, Travel advice 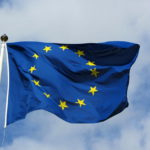 How could Brexit change the way that you go on holiday?