Darkness falls across the land… the midnight hour is close at hand! Yes, it’s that time of year when you dust off your spookiest costume and get the biggest pumpkin you can find in your local supermarket as Halloween is fast approaching. But have you ever wondered how the festivities are celebrated outside of the UK or USA? Every year in Spain the holiday becomes more and more popular so now could be the perfect time to get involved with the celebrations during your stay with Gran Isla Hotels.

Whilst the most famous Halloween celebrations are perhaps on the other side of the Atlantic, the origins of all the festival are British and Irish, stemming from All Hallow’s Eve, the day before All Hallows Day (All Saints Day). It wasn’t until mass immigration from Ireland to the Americas in the 19th century that Halloween had any relevance in the US. It was then that the festivities began to grow, whilst maintaining some traditions, activities such as Jack O’Lanterns and haunted house were introduced. 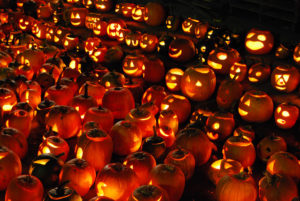 In the same way that Americans adapted Halloween to fit within their own culture, the Spanish have done the same. Whilst around a decade ago one of the biggest party nights of the year was rarely celebrated by most, year upon the year the popularity of Halloween increases.

On the island of Majorca there’s plenty of thrilling themed activities. We’ve picked a few suggestions which are all within 20 minutes of our Gran Isla hotels. A few hundred metres down the road from Santa Ponsa, Port Adriano’s drive in cinema is hosting the Mallorca International Film Festival. During the final weekend of October they will be showing a number of films including Coco, the animated Day of the Dead inspired Disney film, as well as Aliens, starring Sigourney Weaver.

Just down the road in Palma, give you kids a night they will never forget with a sleepover with the Sharks. Yes, you read that correctly. At Palma Aquarium, you can book for your kids to stay overnight including plenty of games, educational activities and food with some very menacing friends.

On the 3rd November, head over to the Sa Riera Park in Palma for a traditional Majorcan celebration that takes place as an alternative to Halloween celebrations. The Nit de les Ànimes is mainly aimed towards families with children, with activities including workshops, games, a guided tour of Palma cemetery, dances and fire! It’s sure to be an unforgettable cultural celebration. 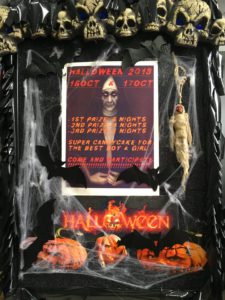 This year with Gran Isla Hotels, Halloween is bigger than ever. Starting with the incredible competition at both Plazamar Serenity Apartments and Jutlandia Family Resort. Between the 16th and 17th October, get the chance to win an all-inclusive stay of up to 6 nights for 2 people in either April, May or October 2019. Whist at Tropico Playa Hotel, all of the Halloween thrills and spills begin on the 18th October. What better way to finish the celebrations than at the Pirates Village? The “place-to-be” this Halloween in Majorca, with loads of terrifying themed activities and entertainment from the 26th – 28th October, book your unforgettable spooky stay today for three days of thrilling fun.

Treat yourself this Halloween with a spooky stay at one of our Gran Isla Hotels, and leave the Tricks to us! For the best prices guaranteed, visit our official Gran Isla website. 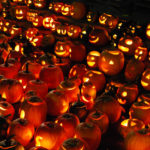